The Intersticia Foundation seeks out individuals and other like minded organisations to help humanity prepare for, navigate through, and prosper in, the 21st Century.

The Intersticia Foundation is a Private Ancillary Fund registered in Australia.  It is a separate legal entity from Intersticia Pty Ltd.

Intersticia operates globally in partnership with Intersticia UK. which initiates and supports our Fellowship and Leadership Development activities.

For more information on these please visit www.intersticia.org.

The Intersticia Foundation Australia is governed by our Board:

Our Partnership with Bell Shakespeare

What a piece of work is man!  How noble in reason!  How infinite in faculty!  In form and moving how express and admirable!

In action how like an angel!  In apprehension how like a god!  The beauty of the world, the paragon of animals!

And yet, to me, what is this quintessence of dust?  Man delights not me: no, nor woman neither, though by your smiling you seem to say so.  (Hamlet to Rosencrantz and Guildenstern, Act II, Scene II)

The work of Shakespeare never ceases to amaze and inspire and it strikes at the heart of what it is to be human – vulnerable, dangerous, and yet so capable of creating beauty.

Since 2015 we have been working with Bell Shakespeare to support the Writers Fellowship.  This project provides a mid-career Writing Fellow with two days a week of employment with the Company for up to two years, giving them the time to focus wholly on their writing and benefit from desk-space and the practical resources offered within a major performing arts organisation.  It also creates a mentoring environment as successive Fellows come on board over time.

In other words, it gives them the space to imagine.

Our first Bell Shakespeare Writing Fellow was Kate Mulvany (2015 – 2016) an award-winning actor, playwright, dramaturg, screenwriter and writing mentor, who has previously appeared in Bell Shakespeare productions of Tartuffe, Macbeth and Julius Caesar.  Her plays include Masquerade, Medea and The Seed.  Kate has also recently won the Sydney Theatre Company’s Patrick White Award and appeared in her adaption of Jasper Jones at Belvoir Street.  Kate has written a lovely piece about her experience with Bell.

Our second Bell Shakespeare Writing Fellow was Jada Alberts (2016 – 2017) a young writer who won the Balnaves Indigenous Playwright Award at Belvoir.  Jada is an accomplished musician and painter of contemporary indigenous art. 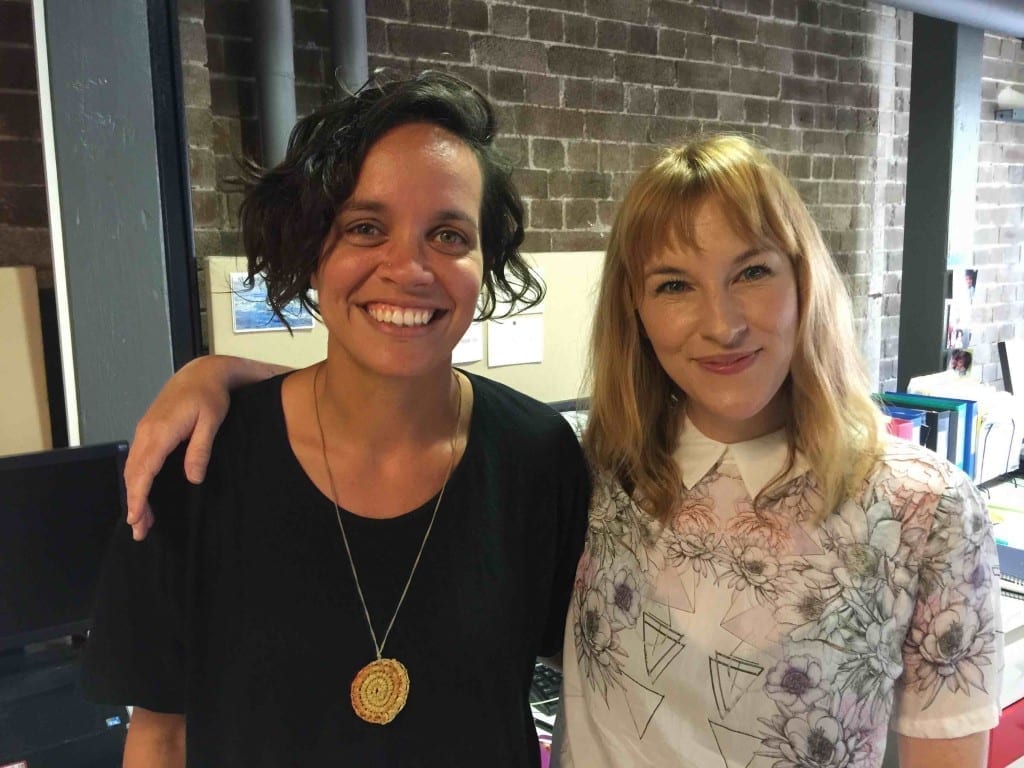 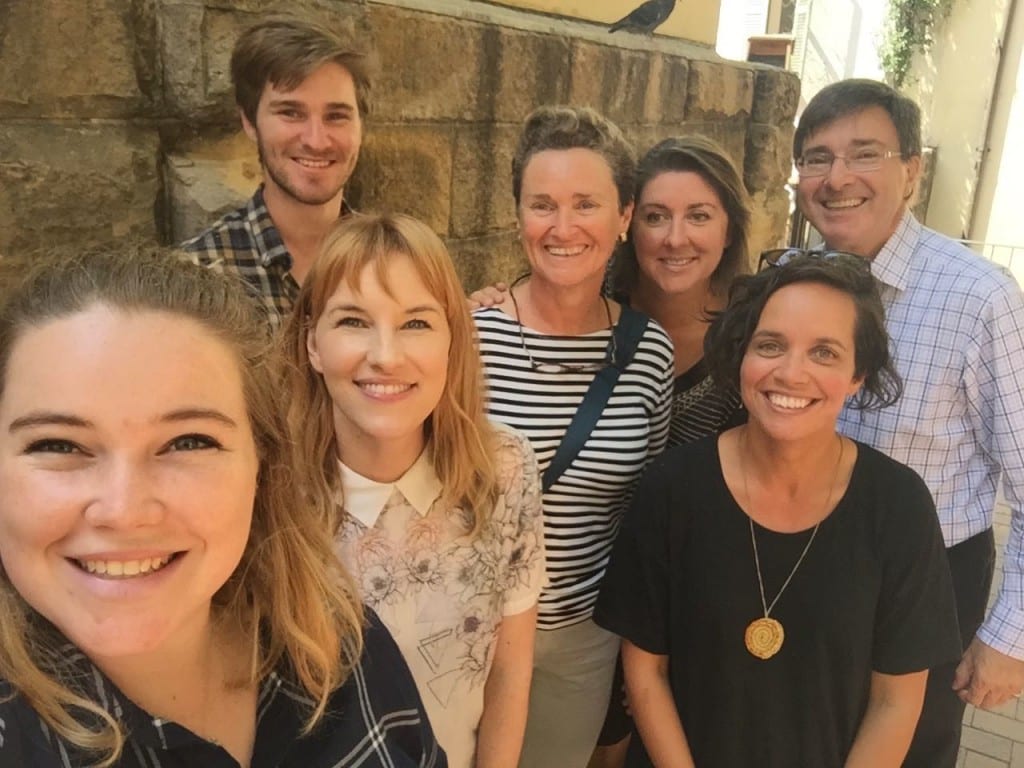 Our third Bell Shakespeare Writing Fellow was Kylie Farmer (Bracknell) (2017 – 2019), an exciting Indigenous actress and writer, originally from Perth although she’s now based in Sydney.  In 2012 Kylie was part of a group from Yirra Yaakin Theatre in WA who translated Shakespeare’s sonnets into Noongar language and performed them at the Globe in London, as well as having played the role of Juliet in Romeo And Juliet. She is also currently involved in our collaboration with Yirra Yaakin on a new production of Macbeth.

In 2017 Intersticia has deepened its partnership with Bell Shakespeare through supporting work to create a range of teaching and educational resources for students and teachers around Australia to be delivered in to remote area schools, Juvenile Justice and Prisons, indigenous communities, and places of disadvantage.  Through this we supported Intersticia Fellow (2017) Teresa Jakovich is an actor, writer, director and arts educator who mentors students and teachers nationwide in understanding Shakespeare’s works, building confidence through performance skills and improving literacy. She completed her Masters in English in 2015, currently lectures in Theatre Studies and Shakespeare and is a resident artist at Bell Shakespeare.

We also supported Huw McKinnon is an actor and director in film and television as well as with Bell Shakespeare.  He has worked with Bell in education since 2004.

In 2018 Intersticia supported two young directors to work on plays with Bell Shakespeare.

Penny Harpham (2018) is the co-founder and co-Artistic Director of She Said Theatre. She has worked across Australia, South Korea, Germany and the UK as a director and performer. She studied at the University of Queensland (Journalism/ Drama), University of Melbourne (Post Grad in Arts and Cultural Management) and most recently she graduated from the Victorian College of the Arts (Post Grad in Performance Creation – Directing) where she was awarded the Barbara Manning Scholarship for Excellence and the Global Atelier Scholarship for Overseas Travel.  She co-directed Antony and Cleopatra with Peter Evans.

Nasim Khosravi (2018) is an Iranian artist based in Brisbane, who makes feminist work engaging with classic texts. She has founded her own company, Baran, in Brisbane, and has just finished an observership with Queensland Theatre on The 39 Steps. In 2008, her piece “No Swinging Allowed” was banned in Tehran after its first performance. Assistant Director for Julius Caesar.

In 2019 Intersticia is very excited to be supporting Jess Chambers working as the Voice Coach with Bell Shakespeare.

Jess brings a wealth of experience to her work, which we are hoping to leverage to complement our own work.

The story of Salbinda is a story worth telling.

The timber treehouse, located in bushland in Church Point Sydney, is a stunning reflection of Richard’s sensitivity with the immediate natural environment. The structure features many of Richard’s signature design elements including minimal, intentional, multi-use spaces and a considered use of local resources and materials.

The property and building survived decades of attempts by multiple developers to knock it down and split the block, before eventually landing in the hands of Anni Rowland-Campbell, who recognised the uniqueness of the building, and sought to restore it in recognition of it’s place in Australian architecture history.

The story of Salbinda is told by the members of the restoration project team verbatim through interviews with Bel Campbell, with guiding drawings by Bec Evans & Andrea Wilson, and photography by team members, Leigh Woolley and Bel Campbell.

This book was edited and designed by Bel Campbell.

In 2017 Intersticia presented the first Web Science Australia conference in Canberra which we entitled Brave Conversations.

Since that time Brave Conversations has now been held in Dubai, UAE; Kingston, Jamaica and London, England.

In 2019 Brave Conversations will be held in Melbourne, Australia; Boston, USA, and London, England.

Intersticia UK is now taking Brave Conversations around the world.  More information can be found in this post and on our sister site in the UK www.intersticia.org.

Following on from Brave Conversations a small group of people decided to develop a programme for senior school students.  This is now being piloted in various locations around the world and informs both shorter and longer programmes for people of all ages and from all walks of life. 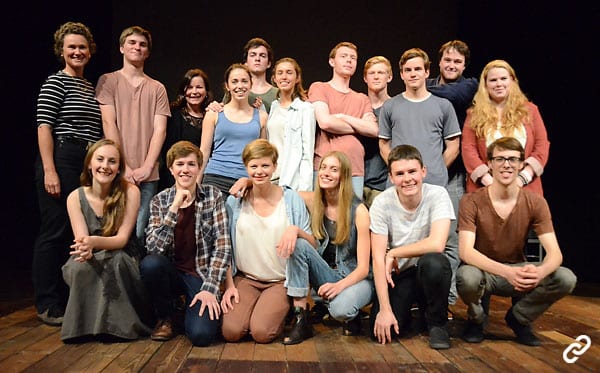 In March 2012 a group of remarkably brave and free-thinking students came together to perform The Laramie Project as their Year 11 school production and, not only was it an acclaimed success, but it proved to be a life-changing experience for them all.

The play was, for all of them, a lesson in the enduring power of theatre to change perspectives and ask questions of us, not just as audience members, but as people.

The director and cast were struck by the way in which this play brings together so many achingly human stories to form one truth.

In November 2013, the Intersticia Foundation proudly supported this same group in a return of their production of The Laramie Project speaking to a broader audience, and, for many, enjoying their first experience on a professional stage.

What we don’t support

Examples of areas the foundation does not fund: