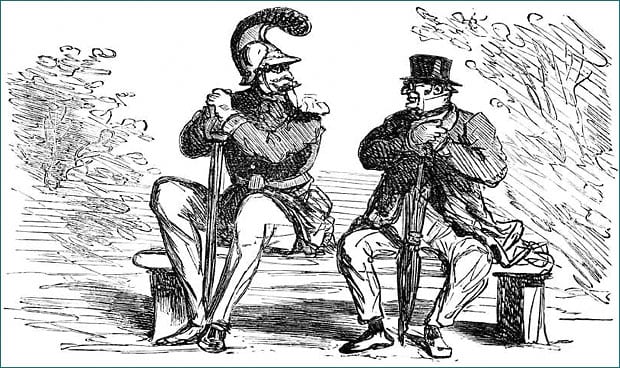 Over the past month I have had numerous conversations with people from all over Europe which relate to the changing nature of government in the twenty first century.

Of those, the most interesting are those which recognise that the changing concept of “governance”, “government” and “the governed” is about organisational systems and human processes, group dynamics based on socio-anthropology and the human sciences; and not technology. The technology seems to me largely to be a given, and as I listen to the presentations at the “Web Sciences Summer School” at the Lorenz Centre in Leiden, research into emerging web technologies seems to be heading in a fairly well defined direction.

Many of the new “initiatives” and funded projects are based on things such as linked data, virtual worlds and mobile technologies facilitated by an analysis of “broad data” and facilitated on “cloud” based information platforms. The foundations for these have been around for decades, but more and more it is being acknowledged that it is not the technologies that are resulting in change, it is how people are using them. Most of the Web Sciences presentations are on the so-called “softer” (and much thornier) topics of Ethics and Morality, the Law and the Internet, Social Machines, and Trust.

For those of us interested in the concept of “Gov 2.0” I believe that there has been too much of a focus on the technology – in particular the social media aspects – and not enough on the people. More and more there needs to be a broader discussion where the technologies are seen as enablers, and in some cases catalysts, for a much more significant change, and that change needs to be recognised as the next step to the “reinvention” of government across the board.

In the 1980s the notion of reinventing government was encapsulated in a book by Osborne and Gabler which, for many agencies, became a kind of “bible” for public sector reform. In it, the mantra of leaders such as Reagan and Thatcher was spelled out through working examples of how to realign the relationship between organizations and the state, with an increasing focus on leveraging the marketplace and the private sector. “Contracting out”, performance based public sector management, contracts for public officials, and the notion of citizens as consumers – was all defined and articulated – and much of this was implemented within Anglo-US governments, sometimes with significant unforeseen consequences.

In Australia for instance, I recall public sector academic Professor Elaine Thompson talking about how there was an emerging “Washminster” system with both dangerous contradictions and glaring inconsistencies, the consequences of which would lead to both confusion and a lack of accountability. My own experience of government over the last three decades, and some of the behaviours within public sector institutions, might suggest that she was right.

So, in these early decades of the twenty-first century armed with new and powerful information and communication technologies, I believe that we are at another point of inflection and change, and it is time to reflect upon and perhaps reinvent government once again.

The key driver is that the relationship between citizens and government is changing as ordinary people embrace and exploit the power of digital to: demand greater accountability and transparency; to make their opinions count; to demand better services through a more efficient and effective use of government data, for which they are prepared to collaborate; and build a new type of government. No longer are “the people” an amorphous blob of public opinion (as humorously depicted in previous eras) but they are living and breathing individuals who all have a story to tell and a network to tell it to.

From the Government perspective there seems now to be a willingness to more actively listen, to focus less on controlling the conversation and more on participating in it, and to at least be seen to be responding to the public need for better services and greater accountability through transparency.

This is hugely important but at the heart of twenty first century is the issue of trust.

In previous eras some regimes (of which there are numerous examples) sought to control the populace by having greater information about them and the notion of “Big Brother” is something that hardly needs explanation. The challenge of these largely totalitarian regimes was to utilise humans against humans, as spies and informers, and then build up files from which to generate a picture of particular individuals to determine whether their activities were subversive or contrary to the policies of “the state”. One only needs to visit Berlin to get a feel for how this must have been. In the twentieth century this was a hugely manual and time consuming process and required armies of resources, mainly people themselves.

Today, with digital interaction technologies, social media and mobile devices much of the data required to “spy” on an individual is being automatically collected, mainly by private sector entities (large and small) and stored effortlessly on large databases. As improved information technologies emerge the ability to sort through this data, create profiles and stories, and then paint whatever picture is required becomes greater. The dream of AI and “connected government” raises all sorts of moral, ethical, legal and social questions, and it potentially redefines the concept of “politics” itself.

So, here we are as a species madly sharing intimate details of our lives and largely oblivious of the implications. The most interesting question is “why”? Is it because we are hugely naive, or do we actually place our trust in the systems and processes we use? Or, of more concern, is it because we don’t care?

All too often Gov 2.0 is seen as the technologies, or even the platform, upon which government can operate to interact with stakeholders. However, the notion of Gov 2.0, if viewed from the “reinvention” perspective, is very much a “work in progress” and should be seen as more of framework within which we ask ourselves some truly fundamental questions about the role of the state, and that of all other entities within the socio-political ecosystem.

As people become more technologically educated and empowered they are beginning to take things into their own hands, and it may well be that small modern “corporations” form through which citizens take care of themselves rather then rely on government – there is growing evidence of this beginning to emerge around the world. As with the early days of “corporations” which formed to provide public services on a business basis, perhaps this will be an outcome of Gov 2.0, particularly within a resource constrained environment. As populations grow and age we are all being asked to do more with less; as humans innovate they seek to do things better and more efficiently; and as ideas flourish so people seek to develop and implement them.

Society, and government, is always reinventing itself, hopefully building upon previous iterations. As we had the birth of IT, which then enabled eCommerce and eGovernment, we are now moving towards the notion of Open Government which itself could enable truly connected government.

As IT begins to embrace the “C” things are starting to become more grounded, and that “C” is the most important letter – it stands for citizen, community, conversation, communication, collaboration, and co-creation. It also brings in to play the intangible, the unpredictable and the uncontrollable human element.

The challenge of opening up information processes and data is a political and organizational one, far less a technical one, and truly connected systems are those which are built on the foundations of willing participation and trust, not coerced engagement or duplicity. Authenticity has never been more important.

Which, finally, brings me to the digital brand.

I have heard at numerous conference and in forums that governments, and the public sector, in its broadest terms, are progressing in the digital world more rapidly than the private sector, particularly in the opening up and sharing of data. If this is so then government, more than anyone else, need to build trust into their systems and demonstrate this repeatedly. Governments need to serve – they need to put their citizens first, in more than rhetoric, and develop measures of success beyond the basic statistics and financials that have been for so long required. The “ROI” is not, and should not, be about money. It should be about time, effort, and the value of public confidence, participation and information that can perhaps best be measured by qualitative feedback, and how people feel.

“Products are made in the factory, but brands are created in the mind.” (Walter Landor)

Government, as much as any other social institution, has a “brand”, and the development, guardianship and protection of that “brand” is crucial, beyond the politicians and beyond the merry-go round of changing departmental names and programmes. The “brand” needs to reflect the culture of the public sector, specifically in the manner it treats its people, in respect of the inherent cultural values of the society.

So, back to Gov 2.0. It seems to me that those leading the discussion in this space have been stymied by the focus on technology because it is the technologies that are most apparent. This is merely a sign of a lack of maturity around the conversation and as these technologies become both ubiquitous and socialised hopefully the conversation will evolve.

I totally agree with John Wells and Allison Hornery of Cofluence that talking about “Gov 3.0” misses the point, and thank you to both of them for helping me to understand this more fully.

“Gov 2.0” is about recognising the need for reinvention and thus we need to realise that it is a process of which we are all a part, and that we need to more fully understand ourselves before we can even begin to determine what will come next.

Quiet is the new loud
The emerging value of Web Science