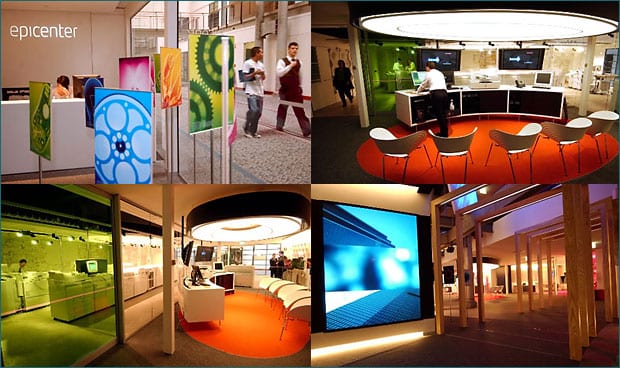 Realising the true benefits of semantic technologies and linked data

Last night, despite cold weather and some typical Sydney downpours, the NSW Chapter of the IMM was launched at the Fuji Xerox Australia epicenter at the Australian Technology Park.

The IMM is a new little non-profit that we have been slowly building for the past four years.  It’s roots lie in the connections made at the 2008 International Metadata Forum which was held in Sydney, and every year since then a loose collection of volunteers and people passionate about better information management and governance, have put on an annual event in Canberra.  These events, starting with a one day seminar at ABS House, and then subsequently two to three day conferences at University House, ANU, have brought together various communities to have one big conversation – “how can we better manage the data and information deluge to actually enable better knowledge and intelligence?”

This year, 2011, we created a formal organisation and the Institute of Metadata Management was born.  Our first event outside of Canberra was the Adelaide launch accompanying Fuji Xerox’s “ne[x]twork“, of which I’ve written previously.  Yesterday was Sydney’s turn and we had some 72 people registered to attend, and of those a determined 56 braved the challenges Sydney summer and weather to join us.

The event was held with the support of both the NSW Knowledge Management Forum  and the Institute of Information Management and we would very much like to thank Matt Moore and Brian Bailey for their assistance in bringing their people along.

It was decided from the outset to explore the topic of semantic technologies because, as a number of our participants told us, “this is something we need to understand”.  Semantics and linked data are a core focus for the IMM and we invited Leanne Fry, Luke Dearnley and Bora Wiemann to each gave an overview of their own perspectives on these emerging technologies and how they are beginning to be used in practice.

Leanne, Executive Director, Communications, Office of the Fair Work Ombudsman, opened with the business case.  With over 800,000 calls coming into their Call Centre per annum, and a rapidly growing demand for their services, FWO, like most agencies, needs to do more with less, and they need to harness the power of technologies where appropriate, and people where appropriate.  Leanne took us through each of the elements of FWO’s communications strategy and explored how a combination of human and new media and ICT resources  could make for a far better experience for the end customer and constitutent.  She outlined how the are using social media to better promote the “mother ship” (as she calls the FWO website) and the various campaigns that have been successful including “What are you looking at?“, where, in a couple of minutes, the fundamental points about discrimination are encapsulated into a one minute video.  For Leanne “Nirvana” would be something akin to a Google-type of homepage where, instead of a myriad of text in relation to all aspects of IR law, there was a clean, simple and non-threatening user interface that invited and encouraged a conversation about the issue, rather then a one size fits all cookie-cutter solution.

Luke Dearnley, Web Manager at the Powerhouse Museum, then told the story of the process that the Museum has followed for almost the past decade as they have led the way in the publication of publicly owned cultural data and information.  The Powerhouse has won numerous awards over the years and been recognised as a true leader in the field with the original team comprising Luke, Kevin Sumpton, Tim Hart, Ingrid Mason and Seb Chan.  It has been their work utilising Reuters “Open Calais” that has been recognised as ground-breaking, and, as is so often the case in the cultural industries, the ability to elicit input from the community through publishing vast quantities of information, has meant that the value of the collection itself has been significantly enhanced through crowd-sourcing and public commentary rather than only relying on professional curation.  The question about “trust” was raised numerous times, and lies at the heart of the semantic web.  How do we know that what people are telling us is true, about that artifact, that concept or that person?  This is a topic for further exploration.

The final speaker was Bora Wiemann, Innovation Consultant at Fuji Xerox Australia.  Bora and I have been working together for the past year to develop semantic applications that we can take to market, built upon the research work resulting from the past eight years and the networks of relationships.  Bora demonstrated a natural language technology that we are exploring which has been described as “a new and effective way to access decision-centric information by optimizing research and analysis activities”.  Bora gave a simple, effective and convincing demonstration of how NLP (natural language processing) works and with one short sentence provided evidence that these technologies are real, powerful and here now.

Overall the evening seemed to achieve its objective, to bring a group of otherwise disconnected people together to have a mutually beneficial conversation around better information management and governance.  For the IMM we are now on our way, and we have the IMM Melbourne launch tomorrow.

I’d like to thank all involved for their contribution, and especially to Maria Nordstrom of Fuji Xerox Australia, with whom I have traveled the “semantics” journey ever since the C2C project in the 1990’s, a big thank you for hosting us at the epicentre.

More information about the IMM can be found on the website – www.metalounge.org.

We are digital amateurs, one and all
Farewell to a best friend