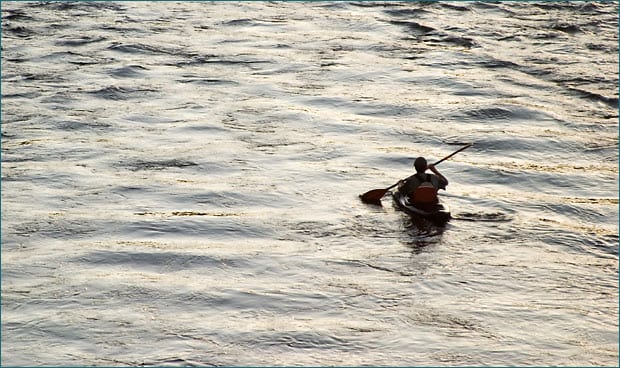 “A leader is one who takes the hardship of finding a better way of doing things for the common good and then selflessly shares the knowledge with others by guiding them on that path.”  (Avijit Dutta)

This has always been my favourite quote about leadership, because it is steeped in the concept of service, and reflects Robert Greenleaf’s philosophy of “Servant Leadership”.

There are leaders of all types in the world. There are “big leaders” such as those who rise to the highest echelons of politics and business, social change and religion; there are also the “small leaders”, such as those who demonstrate leadership on an everyday basis, and most of whom we never hear about.

Last Saturday night I heard the thoughts of a “big leader”, Dr David Suzuki, who gave the 2013 Jack Beale lecture at the University of UNSW.

Suzuki needs no introduction. He has been tirelessly campaigning for responsible environmental stewardship for the past half-century, and his ability to “popularise” science through broadcasting and education has made him a household name. The David Suzuki Foundation works “to find ways for society to live in balance with the natural world that sustains us”. As he stressed repeatedly last night, “we are all animals” and the need to regognise this fundamental biological fact is at the heart of his approach to the environment and to recognising our place in it.

Before I go any further I would like to acknowledge the best “Welcome to Country” that I have ever heard given by Hon. Linda Burney. This is not because she is the first indigenous Member of the NSW Parliament, but it is because she gave a genuine and authentic welcome, based on what she described as “good manners”. I have often heard this ceremonial addition to the formalities in Australian public events, and most of the time I have felt they are perfunctory, and given with little thought or true acknowledgement of what is being said. Linda has totally changed my mind about this.

Back to Suzuki. From the outset he stressed the important role that science plays in shaping society on an everyday basis, and, for him, a key driver has always been that the public should have some sort of say about its future direction. This, however, requires that they have at least a basic understanding of what it is about. In this I was reminded of Wendy Hall’s comments in her explanation of Web Science where she describes how talking about science at dinner parties used to be social death, whereas now people are far more interested because. I totally agree with her as I have experienced this myself, and it is people like David Suzuki and Wendy Hall who are leading the charge in terms of public education and bringing science to the people.

Suzuki spent quite a lot of time talking about the failure of the environmental movement to shift the political agenda and create a new paradigm for debate. Whereas in the 1980s and 1990s there was a rising awareness of the importance of the environment in all spheres from climate science to economics and politics, leading to the Rio and Kyoto Protocols, the 2000s seem to have been wasted years where the ability to co-ordinate a global response has been hampered on all fronts as evidenced by the perceived failure of the Copenhagen Summit, and the lack of real systemic change following the Global Financial Crisis. Suzuki believes that this is largely due to the fact that governments (in particular) have been captured by the short-term “corporate agenda” (“follow the money”). As we enter what is being described as the “anthropocene epoch”, where human activity become a geological force in itself, Suzuki believes that the need to recognise and proactively manage our ecological footprint becomes even more urgent.

David Suzuki was a delight to listen to. He gave an honest, heart-felt and deeply engaging presentation, and, for a man in his 70s, demonstrated abundant energy, genuine wisdom and a deep commitment to his cause.

But, at the end of the evening the message was still the same, that humanity needs to change its ways on a global scale in order to survive beyond this millennium. He has no doubts that “Gaia” (the planet) will survive, but he has his doubts about the future for humanity.

I have always felt that the environmental movement should be focusing on “responsible stewardship” rather than the concept of climate change. As we have seen over the decades as soon as scientists put forward any “proof” it is always countered by contrary data; there is often division amongst opinions, and the public gets confused, as well as increasingly despondent about their own inability to change things. There is no doubt that on an individual and community level there is a growing environmental awareness, and, whilst I disagree with the scrapping of the Carbon Tax, I am still hopeful that the Abbott Government will not abandon responsible climate management altogether and may well come up with an effective alternative.

If you ask people about climate change you will inevitably get differing opinions on whether it is real or not.  If you ask people “are we managing our environment responsibly” I have never had anyone say a definitive “yes!”.

Suzuki’s despondency about the loss of momentum by the environmental movement is, I believe, in part because people come away from events such as these feeling helpless and at times confused, and, as a result, they only focus on what matters to them. As Suzuki says when it comes to “stakeholders” (a word I agree with him that I really dislike!)

The problem with stakeholders is that they fight for their stake – no one fights for the whole.

This is where it is useful to alter the whole debate about the demand for “growth” to become one concentrating on the need for “progress” (for a good overview of this I recommend Ronald Wright’s “Short History of Progress”).

If we take a “progress” perspective there is plenty going on, so let’s look at some things which could be a cause for hope rather than despair.

Suzuki stated that the reason humans have evolved to become the dominant species on the planet (apart from bacteria and cockroaches!) is that our brain has an inbuilt need for order and we are curious. We invented the notion of the future, and with this we were gifted with the ability to deliberately make choices to avoid danger and exploit opportunities. For most of our history we have lived in a world of scarcity, of having to deal with external threats and to rely on our reptilian brain in order to survive.

There is now mounting evidence that things are changing quite radically. Our biggest challenge in many areas is no longer managing scarcity, it is, in fact, the managing of abundance.

In their recent book “Abundance – the Future is better than you think” Peter H. Diamandis and Steven Kotlertalks state that

When seen through the lens of technology, few resources are truly scarce; they’re mainly inaccessible. Yet the threat of scarcity still dominates our thinking.

The concept of “abundance” is not about providing everyone on this planet with a life of luxury, it is about providing all with a “life of possibility”, which resonates with the philosophies espoused by David Suzuki. There are some new technologies which are completely changing the concept of “possibility” and, having read Chris Anderson’s “The Makers”, it is clear that the combination of the world of atoms (things) and the world of bits (data) is going to radically change our approach to all aspects of commerce and manufacturing.

Nigel Shadbolt alluded to the challenge of abundance in his presentation at Web Science 2013, and, when you look at some of the work that is coming out of places such as the Singularity University and the Web Science Trust I believe that there is cause for hope, rather than to for despair.

Another cause for hope is the increasing evidence of abundance for humans across the globe. In his 2006 TED talk, Hans Rosling demonstrates that for many people things are getting better not worse. As a corollary to this in the recent Special Report on Biodiversity The Economist states the following which I think is worth quoting in detail:

when people start to reach middle-income level, other species start to benefit. That is partly because as people get richer, their interests begin to extend beyond necessities towards luxuries:  for some people that means expensive shoes, for others a day’s bird-watching. Green pressure groups start leaning on government, and governments pass laws to constrain companies from damaging the environment.

Growth also has indirect benefits for biodiversity. People clean up their environment in ways that help other species: through building sewage-treatment plants, for instance, and banning factories from pouring effluent into rivers. Prosperity and peace tend to go together, and conflict hurts other creatures as well as man, as the wars in the Congo have shown. Richer countries generally have better governments, and conservation cannot work without an effective state. Agricultural yields rise, allowing more food to be produced on less land. Population growth rates fall: in East Asia, fertility has dropped from 5.3 children per woman in the 1960s to 1.6 now.

One consequence is that in rich countries conditions for other species are, by and large, improving, and endangered creatures are moving away from the edge of the cliff.

One thing that history has demonstrated is that humans are marvellously adaptable. Whilst it is hard to disagree with much of what Suzuki said, I believe that the best way forward is to build on the clarion call sounded by this previous generation but combined with the youthful confidence, inventiveness and hope that the coming generation are bringing to addressing the challenge of human survival into the third millennium.

If we are entering an “age of abundance” then what we need now is a new kind of leadership, one that can both understand and manage that abundance, whilst appreciating that we come from a mindset based on scarcity. For my part I believe that this is emerging in people such as Bill Gates and the other philanthropists and social entrepreneurs, who are redefining the role of the “third sector” as a powerful force for addressing real world problems and driving a new social agenda. I also feel that this next generation, many of whom have grown up with a far more refined concept of “service” than we ever had, are determined to seek a life full of meaning and purpose, where they don’t just “give back” but they “give” throughout their lives.

“an authentic expression of values and core principles in the life you live.”

If you agree with this definition then someone like David Suzuki certainly seems like a happy man who has lived his values and led others in the causes he has championed within the age of scarcity.

What is interesting now is to see who else is stepping up to lead in the age of abundance.