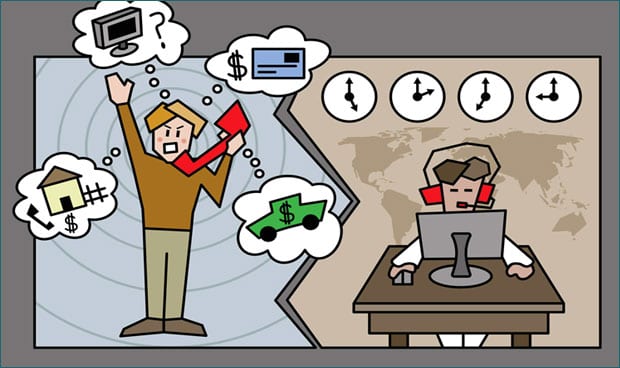 “there should be a formal enquiry about the rubbish that people have to put up with in dealing with organisations such as the Telcos!”

This friend of mine is a journalist who works with senior executives in the Communications industry, and as a “communicator” myself I couldn’t agree with him more and I have decided to bother to write this blog for two reasons.

Firstly, this is the second (two out of two) awful interaction I’ve had with Optus in the last six months, and secondly, I know Optus will monitor social media and I am curious as to whether you are really listening. I know the calls are monitored (but there doesn’t seem to be any reaction to the what is recorded). Secondly I’ve done two Optus surveys saying how awful it all was, neither of which have elicited any response!

So, experience number two this morning:

Experience number one happened a few months ago:

I probably wouldn’t have decided to bother writing about this but having now had my second time-consuming, frustrating, and unprofessional dealing with Optus I am over it! I have numerous personal and business accounts with Optus which I have had for many years and, for a communications company their management of information and communications is appalling!

Mr Optus if you are listening please please please review your systems, utilise your data to support your reps, and monitor your customer calls. Your people are your greatest asset and you don’t have a business without your customers.

We may be little pawns in the greater game for you but we are the reason you exist!!!

February – “OD-ing” on learning
A depressing post-script: ‘yes’ Optus … “You really are just another cog in the wheel and we don’t really care”