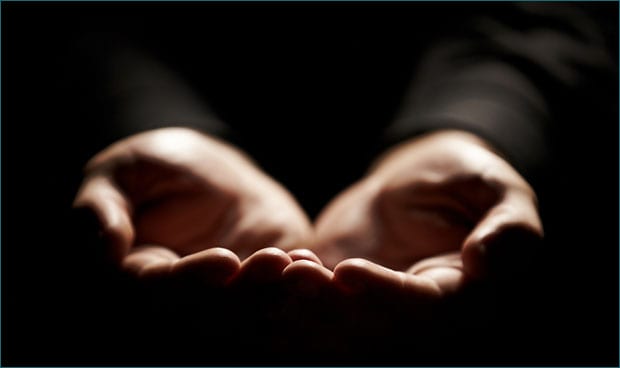 Yesterday I attended a focus group hosted by Creative Partnerships Australia, a new entity which is “building on the work done by its predecessors, the Australia Business Arts Foundation (AbaF) and Artsupport Australia to encourage and facilitate private sector support for the arts”.

There were three focus groups held at the Australia Council with the objective of enabling individuals, small and medium arts organisations, and the “major” organisations, to offer feedback on past programmes as well as offer input for new ones.

As we were leaving the session Matthew Morse, Creative Partnerships’ Executive Director, Strategy and Programs, commented “it’s a lot to take in isn’t it”. All I could do was groan!

In my many years of working in, and with, cultural organisations in Australia, I have heard pretty much everything that was said in the session, plus more. There were the same pleas for:

All good stuff, and very valid, but none of this is new and one has to ask why, in over thirty years of attempts, the same issues arise.

As Matthew went off into his taxi to the Airport all I could say to him was “you’re reinventing the wheel”.

In 1999 Virginia Gordon and I worked with the Australia Council to organise the speaking tour to Australia of Charles C. Bergmann, Chairman and CEO of the Pollock-Krasner Foundation. The Council had brought him out to speak to artists about the Foundation; Charlie came out to find out more about the Visual Arts in this country, and, more specifically, why only one Australian had been awarded a grant.

Charlie was an erudite, sophisticated, intelligent and truly charming man with whom we had a glorious two weeks travelling around, but during his time here he could not get over how unsophisticated we were in Australia in terms of getting private money to support the arts.

In his speech at RMIT Charlie stated that

Charlie emphasized partnership, and, as a part of that partnership a contract where

“between organisations and institutions, or even individuals seeking philanthropic support, there has to be a degree of accountability and responsibility.”

Over the decades there have been numerous attempts to develop advisory bodies to help the arts help themselves, and, in my experience, regardless of the objectives and initial goodwill, they have pretty much all become self-serving bureaucracies more interested in justifying their own existence than actually changing the industry for the better. This is often the nature of organisations by definition, and people are becoming more aware of it as they learn more about the business of giving.

One notable early success was the Australian Elizabethan Theatre Trust, which was set up in the 1950s to establish drama, opera and ballet companies nationally. It did a remarkable job, but since then has limped along trying to find a new cause and now doesn’t seem to know what it”s doing. In my opinion euthanasia is as necessary for organisations as other entities who need to exit gracefully and honourably.

When it comes to funding of all kinds my experience tells me that arts managers need to learn that they are there to serve their stakeholders and communities, which includes artists and audiences, but most importantly donors and patrons, of all kinds. During my time as a policy advisor to NSW Arts Minister Peter Collins, and subsequently a Member of both the NSW Arts and Museums Advisory Councils, I used to meet with arts administrators and suggest that they needed to treat government as a “sponsor”, and a partner with whom there was a contract based on accountability. Thus, what criteria did they need to meet to justify the funding they received, and how did that stack up against the broader social and political agenda?

I recall another “focus” group activity in the early 1990s held by the Australia Council at the Opera Centre when the Coalition was threatening to bring in the GST (pre-Howard) and Hon. Michael Baume was Shadow Minister for the Arts. Attendees pretty much all whinged about the lack of funding, how the GST was going to kill the industry, and how important the arts were in society. As a government policy advisor, who understood the challenges of juggling budgets and aging infrastructure, I made a simple comment that

“nobody died because they didn’t go to the theatre”.

Needless to say that went down like the proverbial lead balloon!

Arts organisations are businesses like all other businesses, and, whilst they may be delivering a “social good”, they need to both justify their existence, but also ensure their relevance to the community. Their survival is as much determined by the market as it is by the political whims of the funding bodies, and this is where the whole approach to philanthropy and giving is, in my opinion, totally wrong.

All too often I hear that arts organisation feel that they deserve to be funded and supported. At the session yesterday one young administrator made the comment that “when it comes to Board members all we need is their money and their networks” – I nearly fell off my seat! And, as a potential donor she certainly won’t be getting anything from me! There are lots of ways to give as Warren Buffett so ably describes, and all too often where people begin by giving time and energy, and feel that they have a relationship and some trust with an organisation, money often follows. It’s pretty basic Marketing 101.

Donors and sponsors do not give to arts organisations because they feel privileged to do so and thus readily hand over their cash. They choose to give because it is an “investment” based on a whole range of criteria, but increasingly it is because they want some kind of involvement.

There will always be a balance to be achieved between cultural activities that governments can, and should, fund, and those that must rely on the market for success. But, as Aigner and Skelton stated in “The Australian Leadership Paradox” (see previous blog), as Australia moved away from the “mother country” of the United Kingdom it came to depend on the bureaucracy as “defacto imperial protector and director” which created systems and structures to provide from the colony. This mindset continues, and its prevalence is nowhere more obvious that in the mindset of our cultural industries.

What is needed is a new paradigm and approach to arts funding, one that brings together the innovation and creativity of the industry itself with new funding models, and thinking outside of the traditional mindset. There are so many intelligent minds and a wealth of experience in the industry but, as I looked around the room at this meeting not one of these wise older souls was present … which made me wonder where they all are, and despair that the same old approach would lead to the same old outcomes.

Our cultural industries are a crucial element of our society, but they should not beg for support, they should receive it because they have earned it. One way to move away from a state of dependency and towards a culture of self-sufficiency, is through utilising the ideas of “social enterprise” where investment begets investment, and success derives from a whole host of measures, including financial ones. This is the next wave of social business innovation, and one that is worth exploring.