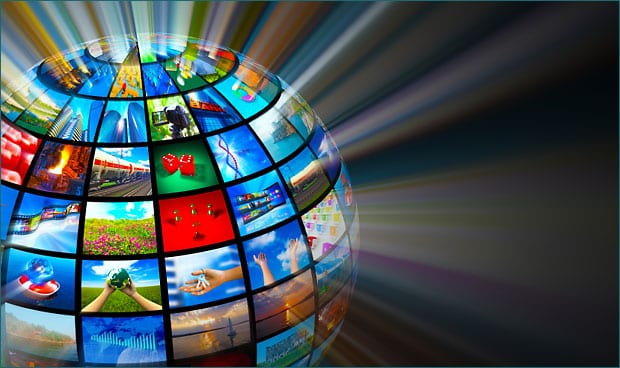 I am just reflecting on the conversations which I’ve witnessed during the recent Social Government Conference in Canberra, and in particular, two presentations given by Jarod Green (Founder of “Radical Love”) and Tommy Tudehope (former media advisor to Hon. Malcolm Turnbull).

Whilst I will talk more about this conference, together with last weeks FutureGov 2012, in a later post, there was a common theme raised by both Jarod and Tommy which I feel is worth reflecting upon.

In his presentation Jarod talked about “Generation C” the “Content Generation”, their characteristics and the ways in which they are impacting on the communications world.  Whilst I disagree with the hype around the “digital natives” definition in terms of “innate digital capabilities”, what I liked about Jarod’s presentation was that he presented “Generation C” as a personality type, and one which has the following characteristics:

What they want in their environment is

For Jarod this means that a world which constantly craves new content also presents new and marvellous opportunities which will draw on the innate skills and personalities of Generation C types. Thus, these constantly connected, collaborative and creative individuals can become a driving force for the networked world, and particularly as visual content is required for the growing number of screen based channels.

Tommy Tudehope reinforced this message by talking about the use of video as an important mechanism for politicians to promote their messages, despite the fact that very few Australian politicians really understand the power and potential of “new” media.

With both presentations I could feel a rising sense of unease creeping in for me personally. My experience over the past few years is that regardless of the event, regardless of the speakers and regardless of the context, the general focus is almost always on the “push” – how to get more messages out, how to communicate what organisations – both public and private – want to say. It is rarely, if ever, really looking at the world from the citizen-consumer perspective, with them in the driving seat.

So, it is worthwhile pausing to ask a number of questions from the citizen/consumer point of view. If we do inhabit a 1984-like world of ubiquitous video screens what does this really mean for us as the still largely passive consumers of messages and advertising, most of which we haven’t asked for and spend a large amount of our mental capacity trying to block out? Where does our human capacity for thinking go when we are no longer given the time nor space to exercise it? How do we find the genuine jewels of human genius and beauty in a world full of commoditised sound bites and manufactured experiences?

Over the past few decades I have observed with horror the visual pollution of our landscapes, our roadways, and our buildings, from airport waiting lounges to restaurants and even hair-dressing salons. It is rapidly becoming the norm that you can’t sit in a restaurant or café without having some screen or other blaring out unsolicited messages or television programmes; you can’t talk to your hairdresser above the TV chatter, and it is getting harder and harder to find a quiet space within which to have a conversation over a meal or just some quiet time with a glass of wine.

Are we becoming so addicted to attention-deficit that we really don’t want to have that space, like the Belcerebons of Kakrafoon Kappa in The Hitchhiker’s Guide to the Galaxy who were sentenced to perpetual telepathy as an antidote to their serene and peaceful contemplation?

I personally need to find quiet time, and as I get older this peacefulness is becoming more and more precious. In addition what I value more than anything else is being able to be fully present with other people, undistracted by ceaseless or meaningless chatter.

Numerous speakers talked about the need for speed in the digital world, and the quest to find tools to enable us as humans to deal with the ever expanding quantity of information around us, to be able to make “real-time” decisions, to react and to respond.

When I listen to these words I feel sad, because as we are urged to follow this path we are also encouraged to operate at machine speed, not human speed; we are allowing the machines to determine how and when we make decisions, and we are giving up a part of our humanity to technology rather than working collaboratively with it.

It could be a factor of age, in which case I make no apology, and only hope that there is  some accompanying wisdom as well! However, it is also because I have actively chosen to determine how I use technologies, in order to leverage their positive benefits whilst managing their negative consequences. And I’m not the only one. This topic came up at our ANZSOG Managing Public Communications a couple of weeks ago when we were discussing the potential banning of mobile phones whilst driving. The conversation inevitably turned to the fact that it wasn’t the technologies that were the culprit but rather the social expectations that people were available 24×7 regardless of where they were and what they were doing, dangerous or not.

Again, my interest is drawn to Web Science and the promise that this new field of enterprise and research can bring in helping us more fully understand our behaviours so that we can remain responsible masters before we become mindless slaves.

The importance of having a seat at the table…
What do we really mean by “engage”?